Bogotá: I Survived The Cold

Bogotá does not get the best reviews from Remote Year participants, and is not generally seen as much of a tourist destination in Colombia relative to Medellín and Cartagena, which have grown in popularity in recent years. The not-awesome rap exists for a variety of reasons: it's not a super safe city (it's allegedly the city where the most RY phones get stolen), the weather is similar to Seattle/Portland/other cold gray places (no offense @Seattle @Portland peeps), it has less tourist-friendly attractions than other international touristy destinations, etc etc.

However *spoiler alert* I liked Bogotá a lot! My experience was a bit different from my fellow remotes, many of whom weren't the biggest BOG fans, so let me tell you about it and why I'm glad I got to call Bogotá home throughout May.

Family Time: Nanc, John and John's girlfriend Kerissa came to visit me in Bogotá! They arrived just in time for us to shower Nanc with Mother's Day love, and spent a week exploring the city and learning about South America. It was refreshing to see the city through their eyes, since it was all of their first times in South America, and made me realize how much I had adapted to the South American lifestyle over five months. It was also so great to get to share that with them!

We went out of our way to do a bunch of tourist activities that I might not have done without them around (my tourist activity tolerance is relatively low for someone traveling around the world for a year). We took a 5-hour bike tour of the city which included a coffee tasting, a fruit tasting, a ride through the red light district, a quick game of tejo, and more. We went to the top of Monterserrate to get the most insane view of the whole giant city. We visited a cathedral built inside of a salt mine. We freakin went white water rafting! Props to Nanc and Kerissa for being gung-ho about trying rafting for the first time.

When the fam booked this trip I wasn't aware that Bogotá wasn't considered one of the best place-to-visit options of the cities I'm living in this year, but we totally made the most of it so thank you wonderful family for enhancing my Bogotá experience!

The Weather: If you know me you know that I passionately dislike cold/winter and have lived my adult life in pursuit of endless summer. Bogotá is the coldest city on our 2018 travel itinerary, which made me slightly dread the prospect of living there.

So, was it muy frio? By my definition, yes. It was in the 50s/60s every day and almost always cloudy and rainy. No, it wasn't winter-in-New England cold but yes it was colder (and way less sunny) than I am accustomed to, plus nowhere in the entire city has any sort of heating system (due to some issue with the infrastructure of the city...what?! fix that immediately).

Did I turn into an icicle or die from hypothermia or become the absolute most miserable version of myself? No, shockingly I did not! Actually I welcomed the brief change of weather and the opportunity to wear sweaters and be all cuddly and sip hot tea for a few weeks. For a few weeks only though guys... I'm over the moon to be writing this from Mexico where it's sunny and 80s each day.

CYGLO: Sentimental tears are coming to my eyes even thinking about Cyglo. Meanwhile you're probably thinking "What is this nonsense?" Cyglo is a spin studio (#basic) that I went to religiously throughout May and I was beyond in love with it: the bikes have a glowing light on the front that change colors based on how hard you're working, most of the instructors were fantastic, and it was a mere $10 per class!

At the end of my first class there, my instructor came up to me to ask how I liked it. His English wasn't very good but that didn't stop him from enthusiastically listening to me gush about the class, to which he responded "Cyglo is your Bogotá home now!" I've never felt more welcome anywhere.

Figuring out my workout sitch in each new city has been one of my priorities and hasn't always been easy. Some months I never really arrived at a good solution (i.e. Cordobà, Medellín) which would impact my overall mood - need those endorphins! Finding Cyglo was such an unexpected pleasant surprise that totally enhanced my life in May.

Our Last Month in South America: I LOVE SOUTH AMERICA!! And I did not anticipate feeling this way. It was so intriguing to be immersed in five different South American cities in three different countries, to observe the similarities and differences between them all (different cuisines, difference currencies, different accents, same friendliness, same local sense of pride, same slow AF pace... I could go on and on) and to realize that the cultures and the continent had won my heart.


Knowing Bogotá was our last SA month made it bittersweet. While I'm SO excited to go explore Europe this summer and was naturally itching to go to a warmer city, there was still the part of me cherishing each BOG moment as the South America clock wound down.

Thankfully we eased out of South America by moving to Mexico City, which is still technically Latin America. The sunshine and tacos are definitely making it easier to move on.
Location: Bogotá, Colombia

Popular posts from this blog

Two Week Countdown AKA Oh Is This Happening?

Fourteen days left in the USA. Fourteen days left to get last minute items, figure out my phone situation (yep I should have already done that), say my last goodbyes, notify my credit card companies, write this blog post...
And it's still not really hitting me. The countdown number gets smaller and I just keep chilling like "hey living with Mom and Dad for a couple weeks is cool" (I already moved out of my San Diego apt to have some fam time before my departure).
I swear part of me still thinks that after Christmas I'm going to hop back on a plane to San Diego to resume life as usual. But another part of me is like HEY SUSAN IN TWO WEEKS YOU WILL BE LIVING IN ARGENTINA. Sorry, I had to write that in caps to really drive the point home for myself.
The next two weeks are filled with holiday parties, bowl games, Christmas (obviously), goodbyes (wahhh) and are going to go by before I click publish on this post. G2G attempt to process...see ya in Buenos Aires baby!!!

The Prague Blague... see what I did there? 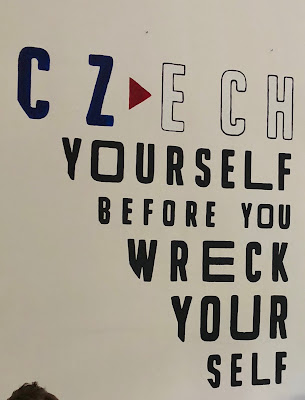 I wanted to skip writing a post about Prague. My feelings about the city are complex, and potentially controversial (I didn't love it... eeeek), and part of me wanted to just put it behind me as I start living the Serbia life.

But writing these posts about each month really has helped me process my experiences, and hopefully has given you (yes, you, all 4 of my blog readers out there!) some insight into the weird world of living in a different city/country every month. So let's talk about Prague.


Prague was one of the cities I was most excited to live in this year. Without knowing much about it, I had heard fantastic reviews from people who had lived there or visited, and I was vaguely aware that the city was steeped in history. My perception was of a magical historical fairyland. And in a lot of ways, that's exactly what Prague turned out to be.


BUT a few outside factors came into play in August that took away from Prague's allure...

Most of Europe was hit with a heat…
Read more

Cape Town Is The Most Lekker 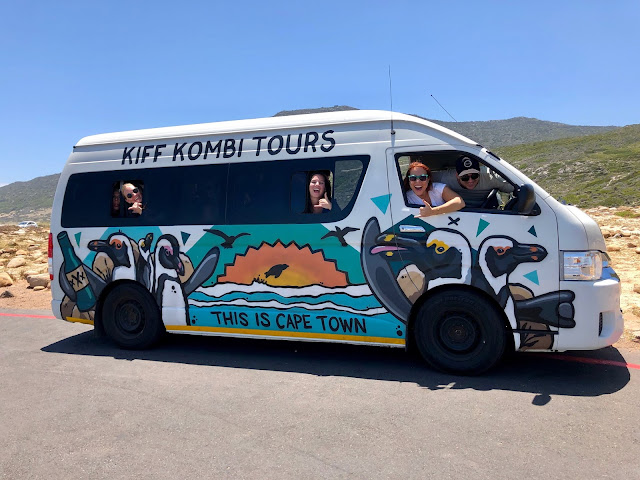 South Africa is so lekker bru! I lived in Cape Town for my last month of Remote Year, and it was the perfect place to close out the unreal experience of living and traveling throughout five different continents in 2018.


What does "lekker" mean? Ah, good question. It's Afrikaans slang and I'd say the closest equivalent in the USA would be "awesome" or more recently "lit" (is lit dead in 2019? if so, please clue me in to it's replacement?). Anything can be lekker - people, places, events - and pretty much everything in Cape Town is lekker.


If you read my Marrakech post, you are aware that I was flat out exhausted coming into December. My travel adversity tolerance level was very low and my patience in general was nearly non-existent.

Thankfully, Cape Town has SO many lekker features that could lift any person's spirits, even RY Month 12 Me, who just wanted to eat Wheat Thins in my Longmeadow bed while cuddling with my parents' cats. In a…
Read more